Switch to the dark mode that's kinder on your eyes at night time.

Switch to the light mode that's kinder on your eyes at day time.

Switch to the dark mode that's kinder on your eyes at night time.

Switch to the light mode that's kinder on your eyes at day time.

Known as the ‘Golden Fibre’, Jute was one of the major cash crops of Bangladesh. During British rule and then the Pakistan period, the production of jute and related goods was the single largest industry in this region. Even after the emergence of Bangladesh as an independent state; jute was the main contributor to foreign exchange earnings for more than a decade. The widespread use of alternative products like plastic and hemp has reduced the demand for jute. And, still, it is one of the most important export items in this country.

Jute Industry in Bangladesh Before 1971

Bengal is producing Jute since ancient times. People of Bangle was using these to make rope and clothes by local handloom weavers. The land and climate of Bangladesh are very suitable for jute cultivation. Thus, the quality of jute in this country is better than other jute producing countries in the world. The first jute mill of East Bengal — Bawa Jute Mills Limited; and the second — Victory Jute Products Limited was established in 1951 in Narayanganj; under private management as per the demand of the local market. In the same year, Bangle builds Adamjee Jute Mills the largest jute mill in Asia with financial support from the Pakistan Industrial Development Corporation.

Later, by 1960, the number of mills was increasing to 14 and there were 77 jute mills by 1970. The jute industry than had 170 thousand people working. In that year, Bagel earned 77 crores of rupees exporting jute goods to 120 countries and East Bengal became the largest exporter of jute goods in the world.

After the independence of Bangladesh, the West Pakistani owners almost closed all the jute mills or abandoned. The government ordered the Bangladesh Jute Board to take over those mills. In 1972, a total of 67 jute mills were nationalized and placed under the Bangladesh Jute Mills Corporation (BJMC). Thus, BJMC was responsible for controlling the price, purchase, and sale of jute in the country as well as the financial and decision-making tasks of the jute industry. But due to mismanagement and corruption, all the jute mills were suffering from operational problems. In 1973, the government established the Jute Division under the Ministry of Finance. Later it turned into the Ministry of Jute.

The number of jute mills under BJMC was increased to 82 by 1981. Though the financial crisis, devaluation of taka, increased price of raw jute — affected the industry badly. Due to a decline in exports and financial losses, the government started to denationalize the jute mills. After 1982, out of a total of 82 jute mills, the government denationalized 35 jute mills, withdrew Capital of 8 mills, and merged 1 jute mill (Banani) with Mymensingh Jute Mills. The government also formed Bangladesh Jute Mills Association (BJMA) to represent the privatized jute mills in 1982.

Since 1993, a number of state-owned jute mills have been closed/sold/consolidated at various times under the World Bank’s Jute Sector Reform Program. In 2002, the government shut down Adamjee Jute Mills – the largest jute mill in the country, due to a severe financial crisis. Although the number of privately owned jute mills has increased during this period.

Problems of Jute Industry in Bangladesh

Jute industry in Bangladesh has been facing various problems over the years:

In July 2020, the government of Bangladesh has announced to shut down all 25 state-owned jute mills due to huge amounts of recurring losses year after year. From 2010 to 2019, the Government has given about 7.5 billion takas to BJMC but it has not been able to turn profits. The corporation has been experiencing losses every year since 1980 with the exception of the 2010-11 fiscal year. Although a number of private jute mills have made substantial profits.

Prospects of Jute Industry in Bangladesh

The jute industry has played an important role in the national economy at different times despite facing several problems. The jute sector contributes 0.26 percent to GDP and 1.4 percent to agriculture GDP. In the 2017-18 fiscal year, Bangladesh earned the US $1.02 billion from this sector. Though in the fiscal year 2018-19, the export earnings were US $816.3 million. Again, Export earnings from jute and jute products increased by 8.10 percent to the US $882.35 million in the fiscal year 2019-20. Even in the corona-epidemic, the jute sector has demonstrated positive growth compared to other export sectors throughout the fiscal.

At present Bangladesh is the second-largest producer of jute, (India being the first). But Bangladesh produces the finest quality jute fiber. Globally jute is now one of the most important natural fibers because of being biodegradable and compostable. So as an eco-friendly natural product, the potential of jute and jute goods is increasing day by day. Traditionally the jute grown in this country is used to make hessian fabric, jute carpets, sacks, ropes, and twines. Due to increasing global demand, Bangladeshi manufacturers and exporters are now focusing on diversified jute products. Also, the government’s ban on production, sale, and use of polythene in 2002 and making it mandatory to pack rice, sugar, wheat, and fertilizers in jute bags in 2010 by the government, have encouraged producers to expand the sector of jute-goods.

Jute — once a vibrant industry, has lost much of its shine today.  Still the sector provides direct & indirect employment to about 5 million people. Many private jute mills are making profits with lower production capacity than government mills by diversifying their products. According to several market research, the global market of jute bags alone will be US $3.1 billion by 2024. Since the world’s best jute is produced in Bangladesh, it is possible to go a long way with the joint venture of public and private initiators.

What do you think?

Get the best articles straight into your inbox!

More From: Business in Bangladesh 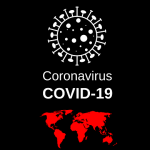 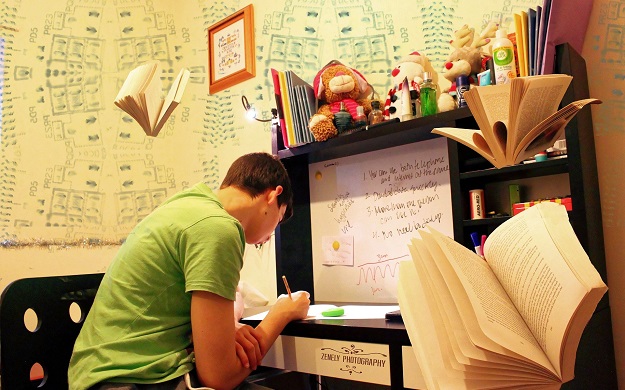 Don’t miss out on new articles

No person, organization or party can copy or re-produce the content on this site and/or magazine or any part of this publication without a written consent from the editors’ panel and the author of the content, as applicable.

Back to Top
Close

Your password reset link appears to be invalid or expired.

Hey, Before You Go…

Get the best articles straight into your inbox before everyone else!

Don't miss out on new posts!